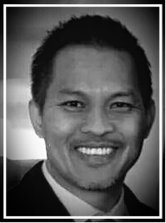 Vansay has been in the real estate industry since 1990. He earned Top 1% agent in the early to mid-1990s while working with one of the top real estate company in the nation, Century 21.  After graduating from college, he took a job with one of the largest mortgage company in the US, PHH Mortgage Company, where he worked his way up the corporate ladder and became a funding manager to oversaw and authorized over $300 million annually in disbursed mortgages. In 2004, he left the mortgage industry and established Landmark Real Estate Company and has never look back ever since. He was awarded an honorary New Brunswick (Canada) Ambassador for economic development in 2008 and is currently a VP/Partner of Blue Cloud Immigration, a company based in Canada. Vansay is also an award-winning filmmaker with a passion for bringing the forgotten true human story to light for future generations. Vansay is fluent Thai, Laotian and English.